Persuasion focuses on Anne Elliot, a 27-year-old middle sister and daughter of a spend-thrift baronet. She is single and uninterested in marriage, which at her age in Regency England is unheard of. At the centre of this disinterest is Captain Wentworth, a man whom Anne was engaged to eight years previously; she was talked out of this engagement by a family friend who believed that Captain Wentworth wasn’t good enough for her. The story revolves around how Anne deals with being reintroduced to Captain Wentworth through mutual acquaintances and whether or not “better than late never” really is the case. While the story in itself is the most relatable of Austen‘s novels in its relationship turmoils and family communications, I feel that it is the characterisation that really makes this book what it is.

Both of the main protagonists make for excellent characters throughout the story, in that both are made to learn a lesson that has taken them far too long to learn. Anne is portrayed as the most sensible and logical member of her family/social circle, with steadfast opinions and the utmost etiquette in society, but throughout the novel we witness her coming to the conclusion that sometimes its better to listen to your heart instead of your head. Anne starts out by forcing herself into indifference at Wentworth’s return, then turning to disappointment when she realises he is still angry with her, and eventually looping round to hope for the future when Wentworth starts to soften towards her.

Captain Wentworth is initially portrayed as an angry, bitter man who is unhappy to come across Anne Elliot again. He appears to maintain this air of ignorance and indifference for most of the novel, but towards the end we see a softer side of his character as he opens his heart to Anne once more. He is always portrayed as the perfect gentleman, showing courtesy even when he doesn’t want to.

Aside from these two main protagonists, the other characters in the novel are well written and all serve a greater purpose within the story – no one is there unless they are needed. Anne’s family provide a stark comparison between standards in society of the day and how Anne herself behaves; her father and older sister are shown to be proud, vain creatures, while her younger sister is shown to be foolish and self-centred. Lady Russell is shown to be stubborn and snobbish, to the point of being a detriment to the happiness of those dearest to her. The Crofts provide some much needed sanity for Anne and serve to bring Wentworth back in to her life. The Musgrove sisters show the reader how Anne might have behaved in her first experiences with Wentworth as a younger woman, and how far she has come in her life since that point. Mr Elliot shows the reader what Anne is left with after giving up Wentworth for the happiness of those around her. All in all, each character has a very defined purpose, and none overstays their welcome within the plotline.

As is probably evident, I could find no fault when reading Persuasion, though I will admit myself biased towards the works of Jane Austen. I understand that Austen isn’t to everyone’s tastes, but I would bet that even the most sombre of realists would find something to relate to in this novel! I enjoyed it immensely.

Twenty-seven-year old Anne Elliot is Austen's most adult heroine. Eight years before the story proper begins, she is happily betrothed to a naval officer, Frederick Wentworth, but she precipitously breaks off the engagement when persuaded by her friend Lady Russell that such a match is unworthy. The breakup produces in Anne a deep and long-lasting regret. When later Wentworth returns from sea a rich and successful captain, he finds Anne's family on the brink of financial ruin and his own sister a tenant in Kellynch Hall, the Elliot estate. All the tension of the novel revolves around one question: Will Anne and Wentworth be reunited in their love?

Jane Austen once compared her writing to painting on a little bit of ivory, 2 inches square. Readers of Persuasion will discover that neither her skill for delicate, ironic observations on social custom, love, and marriage nor her ability to apply a sharp focus lens to English manners and morals has deserted her in her final finished work.

You can buy a copy of the book here.

For more on the author, you can head over to the Jane Austen's Centre's website. 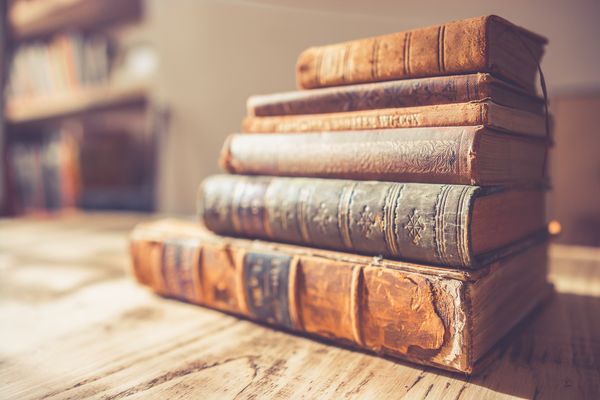 Meet Me At The Wedding (Meet Me #4) by Georgia Toffolo